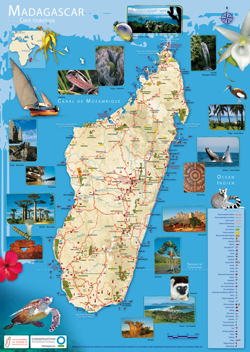 While Madagascar is an island in the Indian Ocean, it was originally settled by people of Indonesian and African descent, which you can clearly see when one looks at the inhabitants. Others have suggested that the people of Madagascar descended from Indonesians and Africans who mixed before their arrival on the isolated island, but studies prove people of Madagascar came from Borneo and Africa. It is not fully known how the inhabitants came there or if they were there already. Only later did Arabs, Indians and Jewish immigrants mix into the population of the island. The Malagasy way of thinking is a mixture of cultures, as well as their appearance and fashion style. 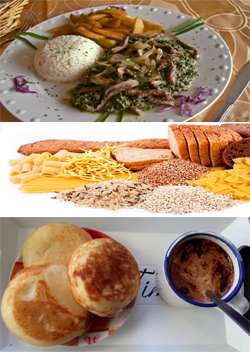 
Malagasy cuisine encompasses the many diverse culinary traditions of the Indian Ocean island of Madagascar. Foods eaten in Madagascar reflect the influence of Southeast Asian, African, Indian, Chinese and European migrants that have settled on the island since it was first populated by seafarers from Borneo between 100 CE and 500 CE. Rice, the cornerstone of the Malagasy diet, was cultivated alongside tubers and other Southeast Asian staples by these earliest settlers. Their diet was supplemented by foraging and hunting wild game, which contributed to the extinction of the island’s bird and mammal megafauna. 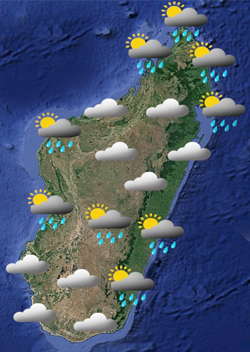 
Madagascar is among the tropical countries, and the general climate in the island is tropical humid, however the west area of Madagascar is more arid and dry during the dry season (June till November), and the south part is sub- desertic area, and dry almost during the year. 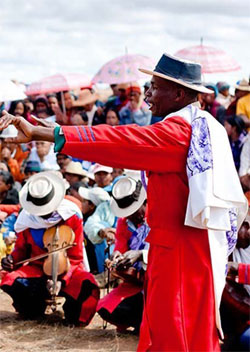